≡
A better way to shop and cook
Monday, 4th January 2016 by Chen 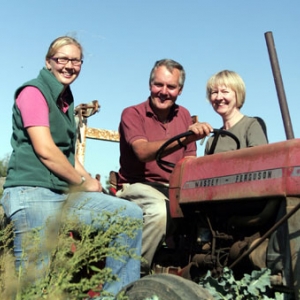 We’ve been talking a lot about “better food” here at Growing Communities and with the other local community veg schemes that we helped to set up as part of our Start-up Programme - collectively known as the Better Food Traders.

Better for the planet

Better for the people who eat it

Processed food is generally full of added salt, fat and sugar. It’s neither fresh nor particularly nutritious. The same is often true of food that's grown thousands of miles away, picked before it’s ripe and transported long distances.

Organic food from local farms contains no harmful pesticide residues. It’s picked when it’s ready and eaten soon after it leaves the ground, so the vitamin content remains high when it gets to you (a bit of mud actually helps preserve the veg too). The fresh food tastes great, so needs to have less done to it or added to it to create delicious, nutritious meals.

A mainly plant-based diet is also better for your heart, your digestion and your finances.

Joining a community veg scheme, run by local people where you live, feels good too. You’ll be supporting local jobs, getting to know your neighbours and finding out exactly who grew your food, while knowing that you’re helping to build a kinder, fairer food system.

Better for the farmers who grow it

But current agriculture policy favours large farms; subsidies aren’t available for anyone with a farm of less than 5 hectares.

Meanwhile the supermarkets increasingly want to work with large suppliers and they drive prices down as low as they can to maximise their profits. They set prices according to what they want to sell the food for.

Veg schemes like ours start from the other end. We ask the farmers to tell us what a fair price for their produce would be, a price that will cover their costs and enable them and the people that work with them to make a living. We then pay them what they ask for. This is more than supermarkets pay them and more than wholesalers pay them. But because we keep our supply chains short and we’re not for profit, our organic fruit and veg generally costs less than the same food would cost you at a supermarket.

So that’s what we mean when we talk about better food. To join our community-led veg scheme, or find out more, have a look at the veg scheme part of our website.