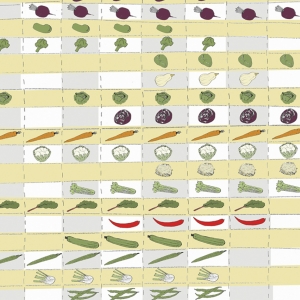 Here at Growing Communities, we’d shift the focus from not just feeling better because we’re eating more healthily, but to feeling better about the choices we make. Any decisions about food shouldn’t just be about what’s in that food but where it comes from too.

But we also want to know that our food has been produced sustainably on small farms, that we’re doing our bit to reduce the distance that food has travelled to get to our plates, and that any meat we choose comes from animals that have been reared to the highest welfare standards.

Some 95 per cent of Growing Communities members say that they have changed the way they shop and cook since they joined our organic community-led box scheme – and that they feel better for it.

Here are some of their tips on how to shop, cook and eat better.

1. Shop local: supporting local farmers and outlets keeps money circulating in your community and cuts down on food miles. Buying directly from farmers means that the money you spend goes directly to them rather than to supermarkets, wholesalers and other middle men.

Join our box scheme in Hackney.

Explore the community-led box schemes in the Better food Traders.

Big Barn has a useful map of local food suppliers.

2. Buy what you need: don’t be tempted by buy-one-get-one-free offers (unless you already know how you’ll use two of them). If your recipe calls for one leek and you know you won’t eat any more than that, go to your local farmers’ market and buy just one, rather than the supermarket where they’ll dictate how big a pack you have to buy.

3. Save some for later: if you’re trying not to waste food yet trying not to overeat, just stop when you’ve had enough and put a the rest in the fridge or freezer. Leftovers can be eaten at another meal or added to all sorts of things: tortillas and soups are particularly accommodating of whatever you mix into them.

Have a look at the great recipes on Love Food Hate Waste.

Read tips on reducing food waste from The Independent (complete with a beautifully spectacular - or spectacularly beautiful - picture of mould growing on a strawberry).

4. Buy seasonal: seasonal food is likely to be fresher and to taste better than food grown in heated greenhouses out of season (which uses more energy too). Eating seasonally increases the chances that your food has ripened naturally (rather than during the long haul from Argentina or New Zealand or wherever). Plus, learning to eat with the seasons means that you really, really appreciate that first apple or tomato or strawberry after the long wait. 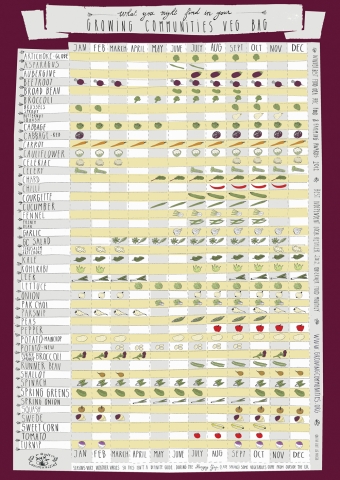 5. Eat less meat: cows are one of the biggest carbon dioxide emitters in the world and growing food for them takes up millions of acres of land and uses gallons of water. Other types of meat production are also damaging, so eat meat rarely rather than routinely.

The Meatless Monday site has many compelling reasons for cutting down on meat – and lots of recipe suggestions too.

6. If you do eat meat, make it good: meat from small-scale organic farms not only tastes better and contains fewer antibiotics and added hormones, it uses less energy in its production. It is also a guarantee of high welfare standards. Animals on organic farms are completely free to roam and most graze for large parts of the year.

See The Meatrix for an entertaining summary of the arguments against factory farming.

For more reminders of why factory farming is so unacceptable, have a look at Compassion in World Farming.

See the Soil Association website for the detailed arguments and tips on where to buy organic food near you.

All the food for Growing Communities’ community-led box scheme and the Farmers’ Market comes from small organic farms and food producers in and around London.