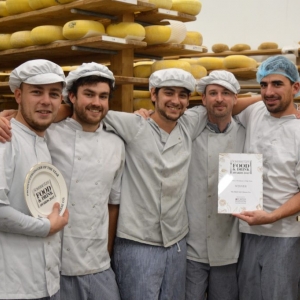 The Bath Soft Cheese Company are delighted about all the awards they’ve been raking in recently. They’ve just won a smattering of golds, silvers and bronzes at the Artisan Cheese Awards at Melton Mowbray including gold medals for their Bath Soft Cheese, Bath Blue and The Merry Wyfe. And they won trophies for Best Organic Cheese and Best Packaging. 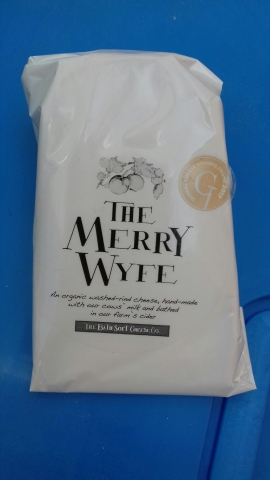 They were also crowned Supreme Champion at the We Love Cheese Awards in Ealing for their Extra Mature Wyfe of Bath a couple of weeks ago. The Merry Wyfe also won gold at the Global Cheese Awards last year.  What nakes these cheeses so popular?

There's something about the Wyfe of Bath

Wyfe of Bath takes its name from Chaucer’s Canterbury Tales. The Merry Wyfe is made with their Wyfe of Bath curds which are pressed and then washed in cider every other day for four weeks (hence the name ‘Merry’ Wyfe!). The cider is made on the farm by Graham Padfield from organic apples harvested on the farm. This cheese has a distinctive pungent orange (edible) rind and a rich, creamy texture. 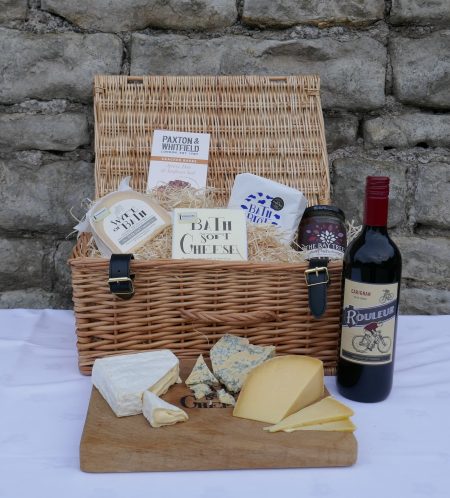 They’ll be selling the Merry Wyfe at the market on Saturday so you can try it yourself and see what all the fuss is about. It would make a great father’s day cheese hamper gift, along with some bottles of organic cider or ale to wash it down!

So what makes their cheese so good?

Bath Soft Cheese Company is based on Park Farm in Somerset - Hugh Padfield's family have been raising cattle and making cheese there for four generations. 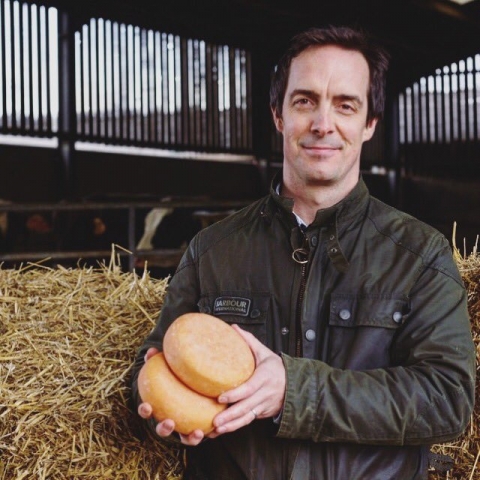 That really goes to the heart of what happens at Park Farm. They take a traditional approach both to how they raise and graze their small herd of 160 mainly Holstein Friesian cows and to their artisan, handmade, hands-on cheesemaking.

They’re entirely organic – so that means no fungicides, pesticides or artificial fertilisers are used on the land. Instead they use manure and organic compost: the environment, the land and the waterways remain uncontaminated. Their milk and cheese is produced in a way that protects the natural world and lets every farm animal feel the sun on its back.

It’s worth noting for the vegetarians out there that they use animal rennet in Bath Soft Cheese, Kelston Park and Bath Blue but the Wyfe of Bath is entirely suitable for vegetarians.

Bucking the trend of industrialization

There are so many horror stories about the global milk industry, it’s abuses of farmers, the environment and the cows themselves, that we are so glad to have farmers’ like Hugh and his team, who are sticking to traditional small herds, natural pasture-fed, organic and small-scale milking methods. They manage to keep farming this way because they’re not selling their milk onto the open market, which offers very low prices that sometimes don't even cover the cost of making it! At Park Farm they use 60% of their milk to make their own cheeses and work with other small producers who make cheddar and ice cream.  Hugh and his family able to set the right price for their products, which enables them to afford to do things on a small scale and organically. 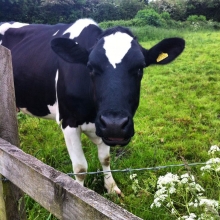 As opposed to the global milk trade, which forces the price down so low that farmers are forced to intensify or go bankrupt, it’s another reminder why paying more for better quality not only benefits your palette but the health of our soils, waterways and ecosystems, and the wellbeing of farmers and their cows for generations to come.

Bath Soft Cheese Company is at The Growing Communities Farmer's Market every Saturday from 10am - 2.30pm