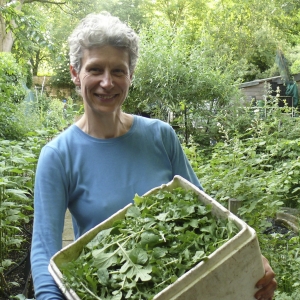 Our Patchwork farmers have really been up against it and we haven’t managed to produce as much Hackney Salad as usual. Last year we had bumper harvests but this year it’s been a very different picture indeed.

The very cold and wet spring meant that our plants suffered a lot in March and April when they would normally bounce back after the winter and give us good early spring harvests.  That big chill was then replaced by the heatwave which has gone on for a good two months now.  Sophie, our head grower, says  “Lettuces hate high temperatures. We always expect them to bolt at some point during the summer and try and sow successionally in order to have new plants ready to go in the ground when that happens.  However, that’s happened earlier this year as it’s been so hard to keep on top of the watering” 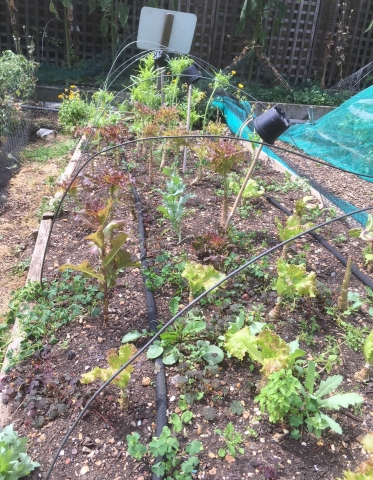 The high temperatures have also made germination of the successional lettuce seedlings almost impossible so we now have very few new lettuces to replace those that are bolting.  “On a positive note,” says Sophie, “we have been noting which lettuces are coping with the heat and the Italian varieties are doing well so we shall have more of those next year, in case we have similar weather!” 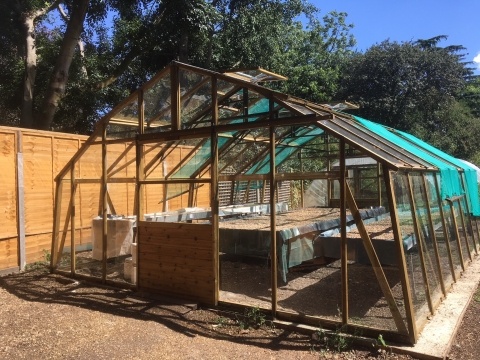 Earlier in the year the glasshouses at Springfield Park were knocked down to make way for an events space for the park.  As a result we had to outsource our spring seed sowing to Ximena at our Dagenham Farm, which overall worked well.  We now have a lovely new glasshouse from Peritys in Cambridgeshire which we’re very pleased with but it’s a lot smaller - we had little space, having to carve it out of the existing site and a limited budget – which means it gets much hotter than the old ones which were very tall and so better ventilated.  We are about to start sowing our winter seeds but as the heatwave continues will need to put shade netting to try and make it feasible to use the glasshouse in the summer.

Sophie and her team have also been contending with foxes. Although the old glasshouses were knocked down in the spring, the new event space hasn’t been started on.  So the waste land has now completely overgrown and become even more over-run with foxes who view our growing site as an extension of their playground.  Thankfully they don’t eat our produce but they play on the beds and crush everything, even when we try and protect it with hoops and netting. 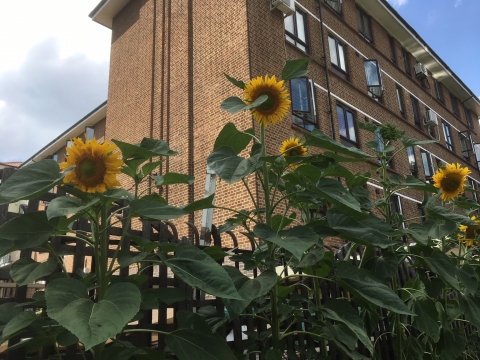 Eat your heart out, Mr Nibbles

Finally, four of our lettuce beds had the hearts eaten out by rodents just as they were fattening up ready to be picked.  We’ve replanted those beds three times what with the rodents and the heatwave and they are still looking sorry for themselves!  As a result of all these factors, we will have a lettuce hungry gap in August.

We'll be getting some salads from our Dagenham farm in the coming weeks, and the Hackney sites will be supplying some chard for th etime being while their salad leaves reestablish themselves.

Despite having the hottest driest summer since 1976 and with increasingly un predictable weather, at least we know that even this will not last. Each year is different, with new challenges and unexpected successes. There's never a dull moment on our Patchwork Farm!