≡
In season this winter
Tuesday, 20th November 2018 by Rachel 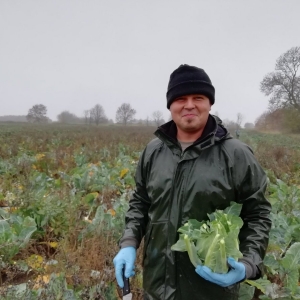 It’s certainly feeling very wintry this week. Up until now Sarah Green of Sarah Green's Organics, who supplies our veg scheme with her excellent Essex produce, had been pretty pleased with the "unbelievably warm November weather". It's been ideal for the vegetables, enabling them to catch up after the severe heat and drought of the summer. "Despite the shortening daylight hours it's amazing how much the leeks and cabbages have grown."

The cauliflowers, however, are taking an age to grow - some are still the size of tennis balls when they should be fully grown by now. Also the mild weather has been very favourable to aphids.  “Although our kales look lovely in the field at a glance, it’s a different world underneath the leaves where aphid colonies are thriving.” Sarah says, “we need more frosty nights and winter rains to clear the kale of their unwelcome visitors.”

The weather certainly has made it tricky to predict what veg we’ll be eating and when. Graham of Hughes Organics remarked "in my 38 years as a grower I have never picked green beans and tomatoes in November before" 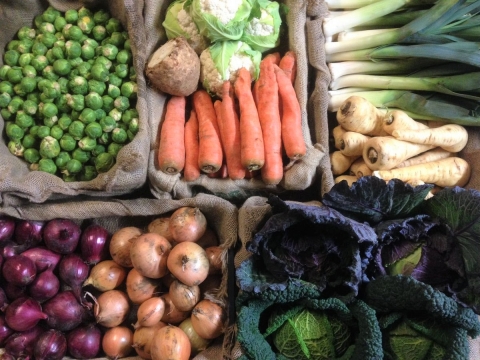 So with all that in mind here's a low-down of what we expect to be bringing you in the coming months: 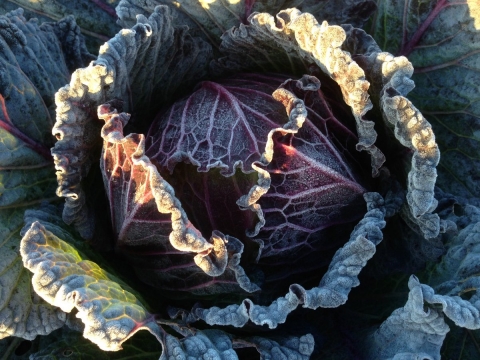 In January there'll be more of the same plus spring greens and the chunkier roots like swede & celeriac will come into their own for your hearty winter stews, roasts and pies.

Purple sprouting broccoli arrives to delight us for a very short season in late January/February. 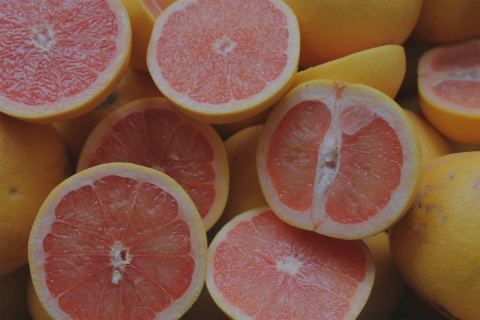 What about the fruit?

Our English apples & pears will be in good supply through the winter.

We’re starting to bring you citrus from Europe and you can expect satsumas, clementines, oranges and grapefruits over the coming months. In February blood oranges will be in season.

The Spanish avocado season starts now until about late January/Early February so we’ll be including these in the fruit bags occasionally.