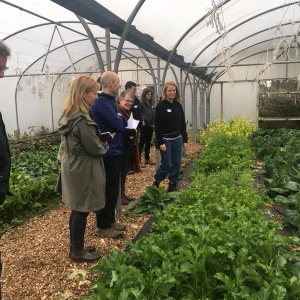 Various events this month have brought climate breakdown and ecological collapse right into the mainstream – most notably the Extinction Rebellion movement, which brought parts of London to a standstill over the Easter holidays, and Greta Thunberg’s visit to Parliament which finally made MPs sit up and pay attention. We were involved in a lesser-known event at the start of April that represents another promising step forward for the sustainable food sector.

Our director, Julie Brown, is involved in a number of initiatives that seek to influence the food and farming sector on a national level, including the Fruit & Vegetable Alliance, the Landworkers’ Alliance and Ecological Land Trust. Julie also sits on the recently set-up Defra Horticultural Round Table representing small-scale alternative routes to market.

This April we teamed up with the Landworkers’ Alliance and Organiclea to host an event for Defra to help them gain a better understanding of the significant work that we do in changing the food system. Until recently we’ve been seen very much on the fringes but the government is starting to take notice of our value in providing a model for the sustainable food systems of the future. 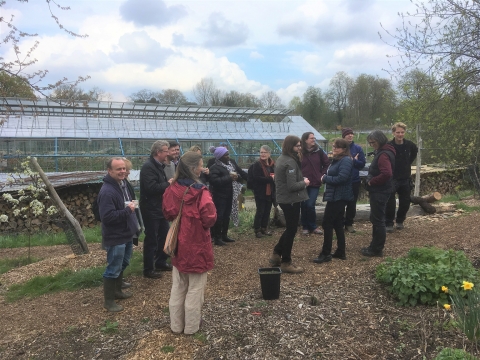 On the third of April a group of delegates from Defra attended a site tour of our Dagenham Farm and Organiclea’s 12-acre Chingford site. This was the first time they had seen peri-urban farms like ours and they were pleasantly surprised by what they saw.

“They were impressed by our professionalism – we’re productive, bring environmental benefits, public goods and a diversity of people which they’d not previously been aware of,” says Julie.

Julie delivered a presentation putting forward proposals for a reform of the government subsidies for farming. After Brexit, the CAP (Common Agricultural Policy) payments are to be replaced by ELMs – (Environmental Land Management Scheme). We’re pushing for it to include smaller-scale operations (currently holdings of less than 20ha aren’t eligible for any subsidy), making an argument for the potential for increased domestic production, how we can improve access to affordable fresh produce for urban populations and how we can support new entrants into the farming sector (we have an ageing workforce in farming because it’s so hard for young people who want to carve out a livelihood from food growing to access land and financial support.) We also pointed out that small-scale organic horticulture is as productive as conventional horticulture and should be taken seriously. 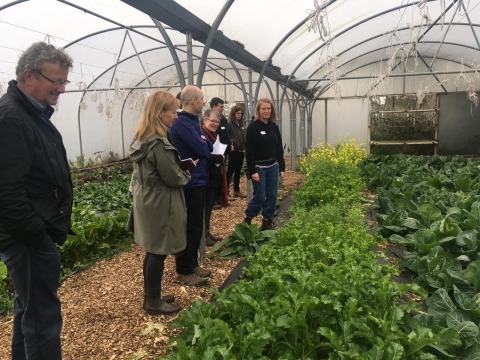 This tour enabled us to make the case that public money should be used to support the farming industry and that this should include small-scale initiatives like ours that provide other health and wellbeing benefits by including local people in farm-based activities. "We need to move away from the idea of food as a commodity and instead, start valuing nutritious, fresh food that contributes to a healthy population and a healthy planet," Julie explained. "It saves the NHS money as well as taking carbon out of the atmosphere and locking it back in the ground, protecting biodiversity and renewing soils."

This visit has opened up a lot of doors for us to continue to influence government policy. Julie says, “we’re starting to feel it’s possible we could get money going into small-scale growers for the public good they’re delivering – community building, training, health and wellbeing benefits – and this will help aid the transition to the sustainable food system that we’ve all been working towards.”