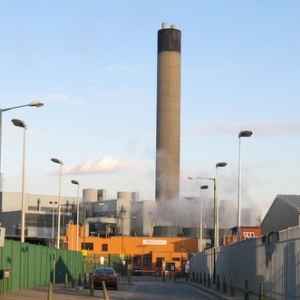 The North London Waste Authority, which deals with waste from seven north London boroughs, including Hackney and Haringey, is planning to build a huge new incinerator at Edmonton. But campaigners at Stop the Edmonton Incinerator Now are concerned about toxic waste and C02 emissions. The size of the plant is potentially too big, based on low recycling rate projection, which risks undermining the crucial and necessary strive to the gold standard in managing waste – reducing, reusing, recycling and aiming for a circular economy, a policy that GC actively pursues and promotes through our work. Incineration is one up from landfill and involves burning plastics/fossil fuels. A failure to strive for the gold standard in waste management in north London is a failure we cannot afford in this time of runaway climate change.

There are several compelling arguments against the plant.

It is fair to note that the proposed Edmonton plant has been through planning and has been given the all clear by the Environment Agency. But are the Environmental Agency’s standards good enough?

Campaigners point out that the release of CO2 from waste incinerators makes climate change worse. Incinerators release an average of around 1 tonne of CO2 for every tonne of waste burned, so the 700,000 tpa Edmonton incinerator would release around 700,000 tonnes of CO2 per year, which is the same amount of CO2 as would be emitted annually by 450,000 newly registered cars.

The undermining of the waste hierarchy in North London is perhaps one of the strongest arguments against the Edmonton EfW incinerator. EfW plants need to be fed with waste in order to make them economically viable. The risk is that waste that might be otherwise recycled is then diverted to the plant.

The £500 million pound price tag represents a significant investment of taxpayers’ money to be funnelled into a permanent waste solution that is only one step up from landfill.

Crucially, the size of plant being proposed is based on projections of an unambitious recycling rate for north London. The 40% recycling rate – which is one of the factors that determined the size of the EfW incineration Edmonton plant –  is in stark contrast to the 65% by 2035 as outlined by national government.

This is problematic in either one of two ways: either it means that the plant proposed may be too big in a future world where local, regional and national government have made good on their declarations of a ‘climate emergency’ and brought about much higher levels of waste reduction, reuse or recycling. In this scenario the size of plant will be superfluous to needs and require the import of other waste for incineration to make it economically viable.

This is a trend that has happens in places such as Denmark and Germany, where successful recycling initiatives see the import of UK waste to their EfW incinerators. The burning, at the Edmonton incinerator, of waste from outside this part of London (a scenario that the NLWA itself said would happen in the event that there is not enough waste to meet the incinerator’s demand – see notes at the top) is a poor deal for local residents who already must contend with the detrimental impact of the North Circular.

Or in the event that the projection of an unambitious level of recycling reveals proves to be right – we face another worrying scenario one where local authorities in North London have failed in their commitment to the agreed waste prioritisation strategy (reduce, reuse and recycle before incineration and landfill).

There is already a worrying lack of commitment being demonstrated towards recycling. Despite saying that “recycling is a key priority for NLWA and its host seven boroughs which are working towards achieving 50% household recycling by 2020” in Waltham Forest (where the chair of NLWA Cllr Loakes comes from) recycling slumped to less than a third – the third consecutive drop.

“Waste Authorities… should be committing themselves to maximising the employment and business opportunities from closed and open loop recycling in preference to forms of incineration.” (Source)

As the NLWA itself points out. Cities that currently have higher recycling rates are those where there has been an investment in the policy:

“It is worth noting that the three of the four highest performers, Berlin, Frankfurt and Vienna all have some form of ‘pay as you throw’ or volume-based charging mechanism for residual waste collections as well as various deposit refund schemes for some recyclables, whilst Rome, the second highest performer in the list, has a compulsory recycling scheme enforced with fines; such schemes are not currently in place in the UK.”

An oversized incinerator does not put pressure on local authorities to design a circular economy and consider better ways to manage waste. A failure to strive for the gold standard in waste management is a failure of imagination and a failure we cannot afford.

If you agree, please sign the petition against the Edmonton Incinerator:

Or write to the NLWA to voice your concerns: