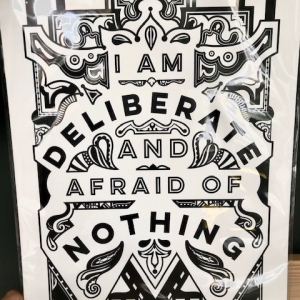 It's been another busy week on the sites.  For a couple of different reasons two of the other Patchwork sites were down on their harvests so I made up for it by harvesting more at both Clissold and Springfield, with almost 30kgs in total from those sites.  I had the absolute pleasure of doing the first harvest of our buckthorn plantain (a quick chop with the scissors) which, from 2 half beds alone provided 9kgs of produce. 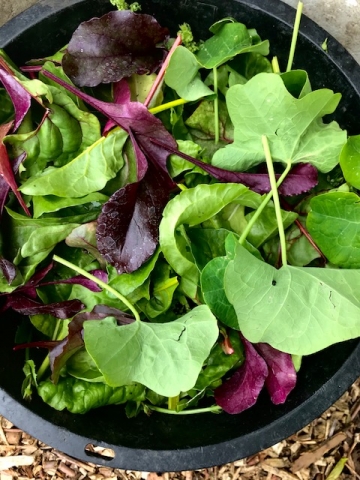 Meanwhile the foxes have had their litters and the babies, while very cute, are now jumping all over the beds at different sites, so we are trying to reinforce the netting and mesh we keep over the beds to stop our delicate leaves getting squashed.  Two cubs have taken to sleeping on the hardening off area at Springfield - it's a tricky balance between sharing the sites with them and trying to let them know who's in charge! 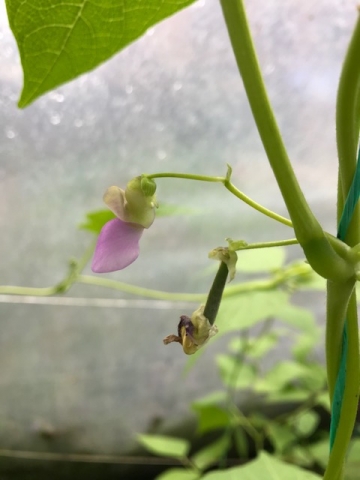 Our French beans are flowering and the baby beans are appearing - they have grown to amazing heights already.  Our self-seeded sweet peas look resplendent against the rosemary backdrop at Clissold and even our reject leaves were very photogenic this week. 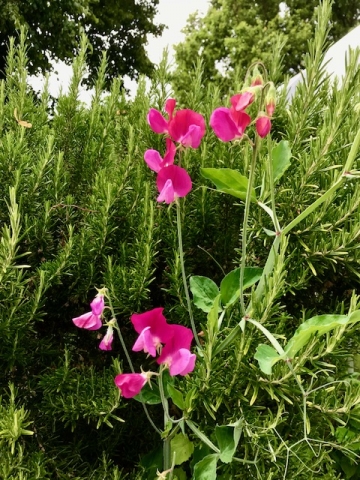 However, my usual concerns about growing over the past couple of weeks have been playing themselves out against a much bigger and more urgent backdrop of the aftermath of George Floyd's murder with the Black Lives Matter protests around the world.  Last Saturday I went to a BLM protest with our daughters and a friend and her daughter in Victoria Park.  It was heart-warming to see how many families had turned up in the cold drizzle, and also good to see Philip Glanville, Hackney's Mayor in attendance.

As a white grower in a field of work that is predominantly white and not very accessible to people of colour, I have, like many of us these last weeks, been realising that I need to be more active to become a better ally for people of colour, to walk the talk and speak out and simultaneously do the necessary work on myself.

'At first I thought I should just shut up and listen to black people about this issue.

But why would I do that?  It's not their problem, it's mine.

People of colour are being failed by the system. The white system.  Like a broken pipe flooding the apartment of the people living downstairs.  This faulty system is making their life a misery, but it's not their job to fix it.  They can't - no-one will let them in the apartment upstairs.

This is a white problem.  And if white people don't fix it, someone will have to come upstairs and kick the door in.'

Leah Thomas explains very clearly why people who care about the environment and the climate crisis need to be anti-racist:

'The longer racism is not addressed, the harder it will be to save the planet, in part because Black activists’ time and energy are being drained. Inclusive climate justice activist Mikaela Loach notes that allies should “step up, so Black folks have the time and energy to invest in creating climate solutions” instead of using our energy to “explain [our] existence to other people” in predominantly white environmentalist spaces.'   You can read the full article here

A Black ex-trainee and Patchwork Farmer, Claire Ratinon, recently moved to live in the Sussex countryside.

She wrote in her blog post 10 days ago what it is like for her to be born in this country but not be considered to be part of it, what it is like to live in the countryside and not feel accepted there, and what it is like to work with plants and in nature and even feel marginalised there, too.  It is a poignant and powerful piece - if you have the time, please read it: "I don't belong here" 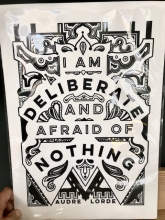 In the mid 1980s I discovered the work of the wonderful Audre Lorde, a black lesbian author, poet, activist and academic.  For my birthday last month a friend of mine gave me this lovely illustrated quote of hers.  I hope it gives you strength the way it does me, at this time when I need to step up and do the work that needs to be done.  If there was ever a time we needed courage to do the right thing, it is now.