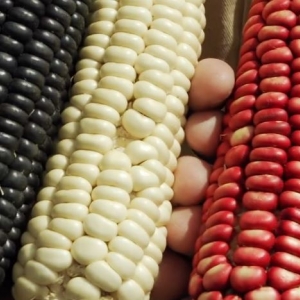 Local growers are struggling to protect their own local seed varieties as big corporations use their power and influence to patent GMOs. Plants grown from different seed varieties often adapt to local conditions in ways that can help them to deal with mass floods, drought, high temperatures and soil salinity. Hence, locally grown heritage seeds are fundamental to food sovereignty and local production, as well as seed sharing and freedom.

In this article, I aim to explore how this impacts farmers, communities and the general wellbeing of our environment and show that more can be done to help promote and preserve our seed heritage for now and future generations. 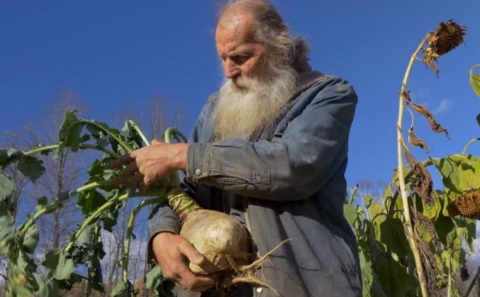 Seed variety is becoming an endangered living organism, like rhinos and polar bears. The Food and Agriculture Organisation (FAO) estimates that 75 percent of crop diversity has already been lost between 1900 and 2000. Out of 300,000 species of plants on the planet, only 120 are currently being commercially cultivated.

The best way to mitigate this is to give subsistence farmers more resources so they can produce crops and manage them in a more sustainable way that benefits the environment. Local growers and farmers should have the means to access organic seeds through organisations such as Seed-Share and the London Freedom Seed Bank (LFSB). This will enable farmers and growers to share seeds instead of buying them, cutting out major corporations that only offer a limited variety. Some 94% of our vegetable seed variety has been lost: the necessity of sharing seeds and enabling freedom through ‘free’ seeds is an important act within our food system. 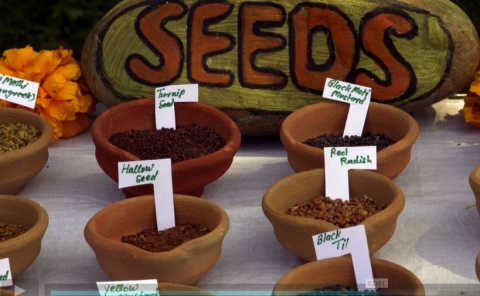 Our food security is dependent on the variety and availability of seeds. Food security can be defined as the availability of staple crops such as maize throughout the year. The hybrid seed industry has destroyed natural seed banks kept by farmers. This reduces farmers’ ability to cultivate early and late-maturing varieties of the same crops to increase food availability and security. As a result, farmers cannot benefit from more productive but less hardy varieties whilst at the same time hedging risks with varieties that are less productive but more tolerant to droughts, for example. In addition, managing seed diversity is key to increasing biological and cultural diversity.

Social and economic factors can also play a big role in seed diversity and security. Small and medium-sized farmers’ seed security often relies on self-production but due to climate change farmers experience food shortages from bad weather and pest outbreak. Growing a diverse number of crops gives farmers the chance to harvest at different times during the year, offering more security and steady batches of produce available to them.

Furthermore, seed variety can have a lot of health benefits particularly in developing countries, where many people suffer may from malnutrition due to a poor diet. For example, a study in Malawi showed that when there is more farm production diversity, there is also more dietary diversity, which is a key indicator of health and nutrition. Hence, managing seed diversity is important for maintaining good health and cultural diversity.

The documentary SEED: The Untold Story states that 200,000 seed companies have been bought by large corporations. It also suggests farmers are being manipulated by these corporations for profit. This has a negative effect on the environment due to the use of genetically modified seeds (GM). 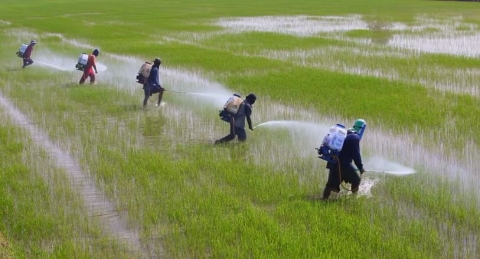 Natural and organic farming has often been labelled as backward by agricultural corporations, which try to maintain the notion that GM and hybrid seeds are the future of farming. However, the fertilisers and pesticides used in farming GM crops can destroy biodiversity of the crops that farmers have access to. This threatens their ability to breed crops according to their changing circumstances and the environment due to climate change.

Through traditional seed breeding, humans have developed thousands of different varieties of food crops across the world. By protecting seed diversity, it will allow farmers to control their food system, protect biodiversity and build resilience against climate change.

This blog post was written by Marlon Opigo, our EcoTalent intern, seen here planting seeds saved at our Dagenham Farm. The Eco Talent programme is managed by Feedback and funded by the National Lottery Community Fund as part of the Our Bright Future programme. 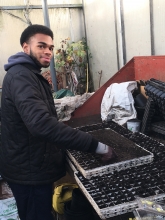