≡
Reflections on the ORFC: Naomi Klein's message from the future
Tuesday, 26th January 2021 by Rachel 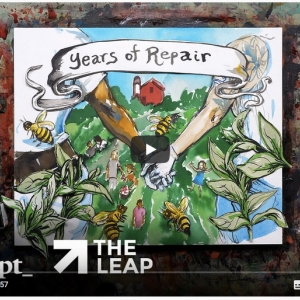 The final talk of the Oxford Real farming Conference was with Naomi Klein and Nnimmo Bassey, hosted by Jamie Hartzell of the Real Farming Trust.

Nnimmo Bassey is executive director of Health of Mother Earth Foundation, coordinator of Oilwatch International and a leading voice of Friends of the Earth both in Nigeria and internationally

Naomi Klein is a journalist and author of best selling novels including No Logo, This Changes Everything and the Shock Doctrine.

They screened their short film A Message From The Future II: the years of repair and answered questions from the audience afterwards, exploring what kind of future can we look forward to, do we have reasons to be hopeful and is it foolish or irresponsible to imagine a future world radically better than our own?

Naomi and Nnimmo were both involved in the making of the film. They're highly regarded activists and tireless advocates for environmental and social justice. 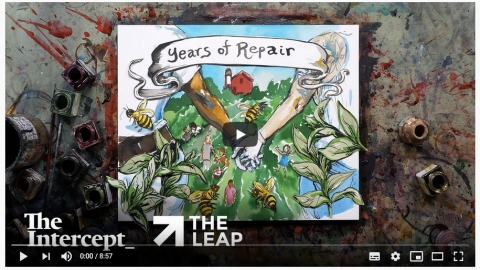 Naomi explained that this film was conceived in the darkest days of the pandemic, as a way of dreaming our way out of this moment and imagining covid as a teacher. It was informed by social movements in Puerto Rico that occurred after hurricane Maria. They saw this storm as a harsh teacher, revealing pre-existing crises and creating a road map for how to get out of it. This short film is by no means a prophecy but instead shows a possible future we could have if we work for it.

Watch Message from the future II: the years of repair here