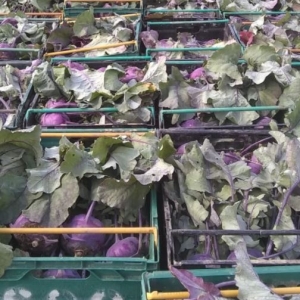 We had a catch-up with Deedee and Danny from the Better Food Shed last week, who passed on all the news from our farmers about the season so far and what we can expect in coming weeks. 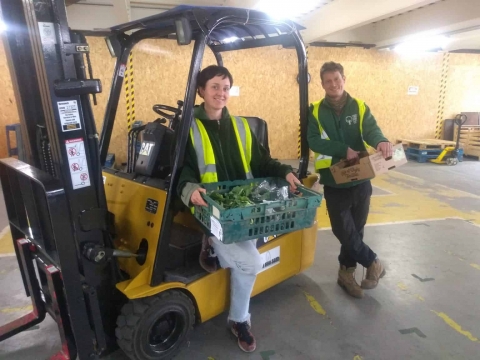 This growing season has been slow to start. The lack of rain in April, which is when the newly sown plants need it the most, and the cold temperatures in May have really stunted the plants' growth. This means the typical spring and early summer crops have taken a while to appear on our veg lists and in your veg bags. Crops like broad beans, new potatoes, spring onions and kohlrabi have taken a while to materialise but we should have a lot of them available now. 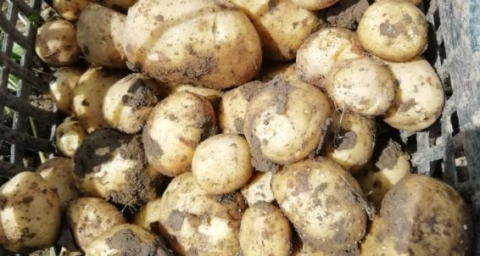 One of the impacts of this is it's messed up the successional planting that our farmers do. Successional planting means leaving two to three week gaps between the sowing of a crop so that you have a constant steady supply of it, rather than it all being ready to harvest at the same time. Because of the slow start mentioned above, the early sowings have taken longer to get going. So instead of having a manageable amount of, say, kohlrabi each week from mid-May, it's all taken longer and now they're all ready to harvest now. This is why you may have noticed a lot of kohlrabi in the bags at the moment.

We know that these aren't what you might regard as everyday vegetables, and might prefer not to get them so often. But if we don't take them, Sarah [Green] will have to plough them back into the ground and that would be such a waste. It's a similar story with spring onions, so get ready for a lot of those very soon!

While field crops are speeding up, glasshouse produce is slowing down due to lack of sunlight recently. Some of Wild Country's peppers are coming through now, and aubergines shouldn't be too far behind. Before we know it, we will have so many lovely tomatoes from Dagenham Farm and of course there is the courgette glut to look forward to! 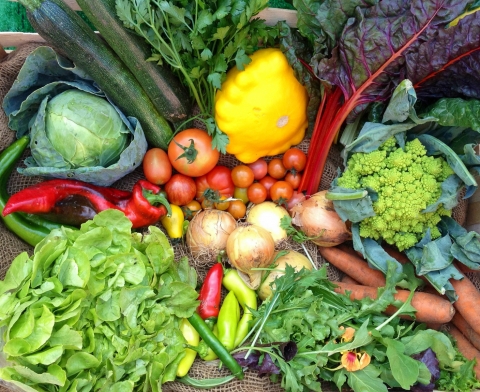 Other summer specials on the horizon are green (french) beans, sweetcorn, summer squash and fennel with lovely feathery tops. Oakwood Farm in Sussex will have some juicy plums to offer us soon.

Another thing our farmers are struggling with is recruitment.  Across the board, all the farms we work with are finding it hard to replace their usual turnover of farm workers. This will affect supply and pricing at some point.

The emphasis as always is supporting our farmers and buying what they have to offer, prioritising the small farms that are reliant on our custom. Sometimes this means buying more of a particular crop when they need us to. And, for you, that means getting creative with cooking and finding ways to enjoy these seasonal veggies while they're at their best. It also means we get wonderfully tasty and sometimes unusual produce that you wouldn't find in the shops, brought to you within hours of being harvested.