≡
Why farming needs to be in good hands
Monday, 30th August 2021 by Kaya Prentice-Daley 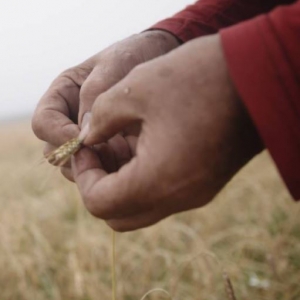 Our Hackney trainee Kaya Prentice-Daley is learning how to grow organic food by working with Sophie on our market gardens in Clissold and Springfield Parks. He's also learning about the bigger picture of global food: its inequalities, the damage it can bring and the people sowing seeds of recovery. Here's his review of the UK-made documentary In Our Hands. 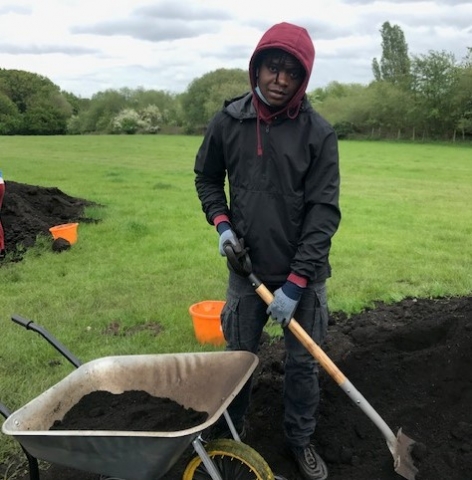 In Our Hands highlights many of the key issues surrounding the industrial food model and how it threatens food sovereignty. False claims have been made with the aim of justifying this model such as 'growing populations and climate change require the industrialisation and upscaling of agriculture'. However, statistics from various studies including those from the Food and Agriculture Organisation and the UN debunk these claims, showing that around 70% of the world's food produce is cultivated by small producers. While the remaining 30% is commonly large fields mostly dedicated to crops used in animal feeds like soy and wheat.

Who has control of the food system?

Food sovereignty is a practice in which farmers and communities have control over production, processing and distribution of food. As opposed to the industrial model, which replaces farmers with machines, local markets with global trade and plant diversity with monoculture crops. This begins to affect more than just the food on our plates with industrialisation having social and economic effects on smaller-scale farmers, straining their income, pushing them into poverty and out of jobs.

Until the late 19th century all seeds were free to all and open pollinated (through wind or insects). Farmers would save their seeds from one year to the next. Through this generational process crops would develop adaptations to local conditions making them more resistant. Currently around 50% of the global seed trade is now controlled by just two seed companies offering hybrid or genetically modified (GM) seeds. These seeds have no variation from one another and lack any form of adaptation to local climates and conditions.

By modifying seeds, companies can file patents which ban the saving and distribution of the seed. Monsanto, an infamous American agricultural corporation, has filed over 145 lawsuits against farmers on suspicion of saving seeds since 1990. Minor and arguably unnecessary modifications to crops such as resistance to aphids allow corporations to file these patents increasing the number of seeds under their control. This monopolisation of seeds has caused a reduction in local businesses such as mills and bakeries across the UK.

The documentary aims to show that using more sustainable practices and straying away from industrial agriculture can not only make for better quality crops, but can also improve quality of life for farmers, communities and even livestock. One such example of this can be found in Farm to Fork, a 125-acre farm located in Somerset, where livestock are raised on the diet they have naturally evolved to live on, pasture. By doing so they eliminate the need for growing grain exclusively for livestock. 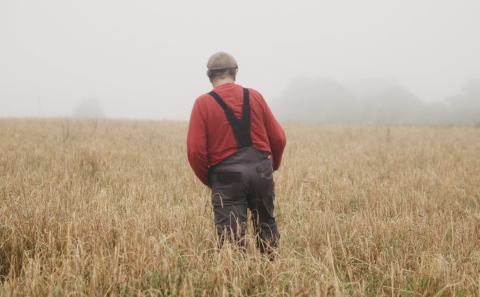 Access to land is likely the most fundamental part of any grower's system. The Common Agricultural Policy, otherwise known as CAP, is a set of Europe-wide agricultural policies that once served as a means to stabilise production and trade across the continent. However, over time these policies were altered making it increasingly harder for those who did not own land to acquire it, while allowing those who are wealthy enough to increase their holdings.

Growing sites like our fellow Better Food Trader Organiclea, situated in the heart of east London, uses food and agriculture as a means to bring the community closer together and provide local access to healthy organic foods. They offer the opportunity for members of the community to experience agriculture, whether it be out of curiosity or as a means to find an alternative to current unfulfilling roles.

In conclusion, In Our Hands shows that by preserving food sovereignty and reverting to more sustainable agricultural practices, we can once again begin to rebuild our connection with food. Community once played an important role in food and agriculture and by re-integrating community into our food system we can create a healthier, happier and more connected society.