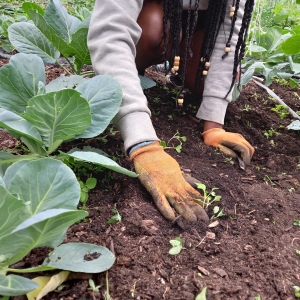 The latest IPCC report released on 4 April provided more detail about the impact that the food system has on climate change. The report notes that to meet our climate change commitments, the way we produce, consume and distribute food must change.

While nearly a quarter (22%) of greenhouse gas emissions (GHGs) come from agriculture, forestry and other land use, this recent report more accurately estimates that the food system as a whole is responsible for 42% of global GHGs. And 8-10% of that is from food waste.

On a micro level, 28% of our household carbon footprint comes from food. That's more than energy. But while transport and energy systems are being scrutinised and targets set for transition to clean energy, agribusinesses are not being made accountable for their huge impact on our planet.

But farming also has the ability to help reverse the damage.

Organic farming is a powerful tool in our efforts to slow down climate change. Yet only 2.8% of farmland in Britain is organic. If all of Europe’s farmland followed organic principles, agricultural emissions across the continent could drop by 40-50% by 2050, while also feeding a growing population. And veg box schemes like ours provide an added benefit of cutting food waste and reducing food miles too. 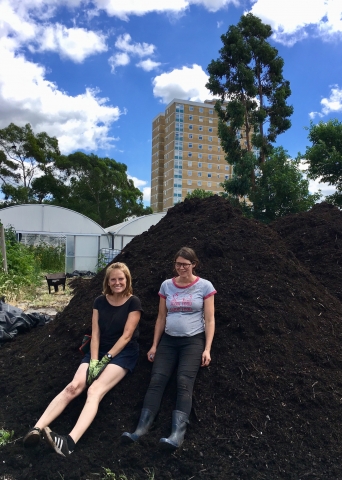 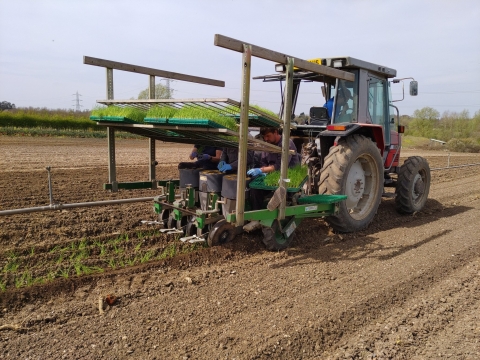 Healthy soils are one of our most important weapons in the fight against climate change. Organic farming is based on taking care of the soil, nourishing it with compost, manure and crop rotations.

Organic soils are around 25% more effective at storing carbon than soils on conventional farms; on average, that's nearly 2 tonnes more per football-pitch-sized area. 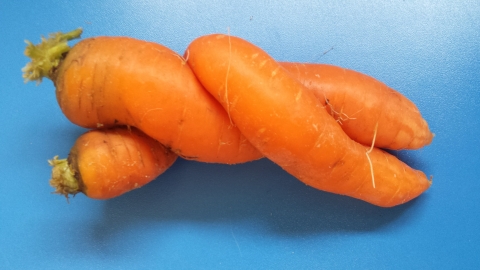 Some 40% of all produce in the UK is wasted before it leaves the farm. You stop this waste at source in several ways. 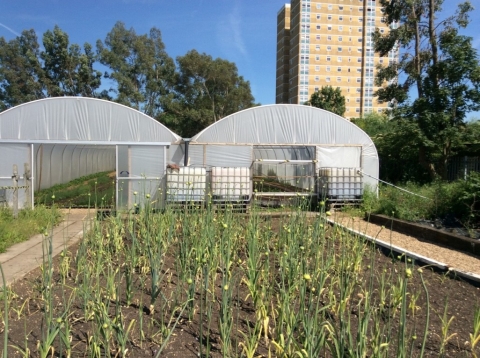 According to Defra, the UK now grows just 15% of fruit and 50% of vegetables consumed in this country. That's a lot of transport emissions , especially when some of that produce arrives in the UK by plane. By contrast, 31% of the fruit and 80% of the veg you buy through the veg scheme is grown in the UK, and most of that as close to London as possible. Or even in London!

Collection points rather than home delivery further reduce emissions from transport, with almost all of you cycling or walking to collect. 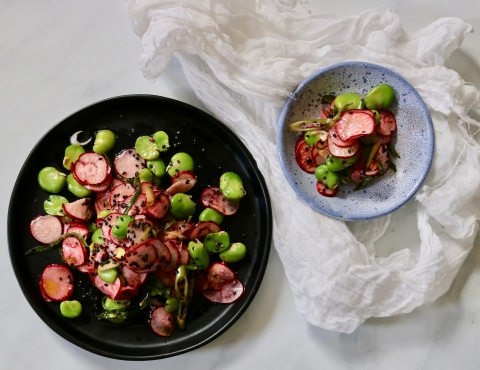 You tell us that being on the veg scheme helps you eat more veg (40%) and reduce your meat consumption (18%). This is part of the necessary shift towards a sustainable planetary health diet that we need to make.