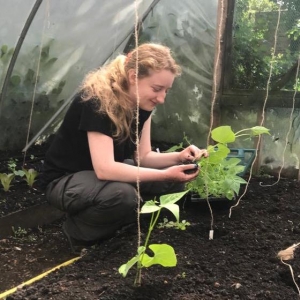 Amber Baker is our most recent Hackney trainee. She’s highly passionate about the environment, animals, conservation and general sciences. With a BSc in Zoology  under her belt, she's now embarking on an MSc in Conservation in action, Biodiversity and Evolution. Amber's been working with Sophie on our Hackney market gardens and with Alice at Dagenham Farm one day a week, as well as learning other aspects of GC life including veg packing, social media and more.

Now that her traineeship is reaching the halfway point, she's provided us all with an insight into the unique set of skills and knowledge gained from her time with us:

5 things I learnt at Growing Communities by Amber Baker

My time at Growing Communities has changed the way I view things. It's made it seem possible that changes to our lifestyles, even things that seem small to us, can have a much larger unspoken impact. It's also enabled me to engage with a large variety of different people, forming bonds over the shared passion for healthy sustainably sourced food and agricultural interests. Coming from the city, I was never really introduced to my food from this perspective, and it's highlighted for me the importance of connecting people with our food. Here's a round-up of the main things I have learned. 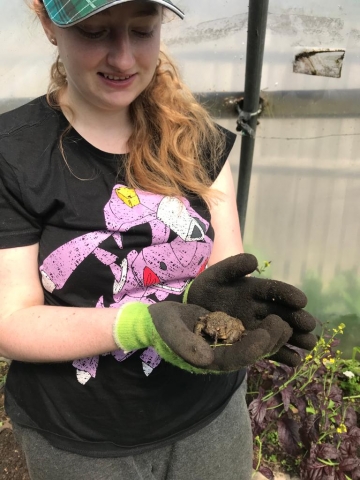 With my time at Growing communities as a trainee, not only have I discovered that salads can be very tasty, but that not all farmers “pests” are bad! They are just misunderstood.

For instance, Limus maximus, commonly known as the leopard slug, though omnivorous they can be found mostly in the compost and comfrey feed bins. They prefer to eat rotting plants, fungi and even predate on other slugs. They don’t often damage healthy living plants but can be a sign of a bad rotten crop. Leopard slugs help recycle the nutrients by fertilising the soil, benefitting other creatures such as: mammals, birds, earthworms, insects, and slow worms. Fertile soil is key to providing the nutrients for plant growth and creates better crops which contain all the necessary nutrients for humans. Non-organic large-scale farms use large amounts of pesticides, fertilisers, and other harmful chemicals in fear of losing crop. Although, they loverlook natural options which mother nature already created. Nematodes are an organic grower’s option in killing pests in slug outbreaks, vine weevils and ants, avoiding the use of horrible chemicals. While working with Sophie for most of my traineeship, we had such an encounter with one plant bed at Clissold Park. Most of the slugs we encountered were Arion rufus, called the “Chocolate slug” at our Dagenham site. Even after replanting the bed three separate times, they still persisted. Sophie opted to try out nematodes, which consisted of diluting them and watering them onto the bed. Needless to say, these harmless parasitic organisms took effect. We still had some lettuce casualties but not nearly as many as beforehand. This is just one example of other less harmful pest-control options available to farmers which are not being talked about as commonly as they should be.

Due to the nature of the supermarkets selling the same generic salad, I had never come across such tasteful salad until I had tried GC’s. Sorrel being one of the most eye-opening, that it was a citrus tasting leaf. I had never heard of such a thing. Or that a three-cornered leek had beautiful white flowers that tasted like garlic. Due to the demand for variety in our supermarkets and the growing human population, it seems many of us have been removed from such options. If we were to introduce younger people and kids to vegetables which have such powerful flavour, then they may not turn their nose up to a bowl of salad!

If you were to walk into a large chain supermarket, it’s highly unlikely you would find any salad specie that consists in GC’s salad bags. This is because of the importation of salad and the fact that supermarkets use agents to keep the produce fresh. Preserved packaged food commonly use six agents sulfur dioxide, sodium and potassium bisulfite are a few. Recognised as “safe” by FDA’s on the GRAS list. The average lettuce in a supermarket can contain 52 different types of pesticide residues. Some of these residues which are harmful to human development and reproduction, bee toxins, hormone disruptors and carcinogens. This means that certain types of salads cannot keep “fresh” by the time they are transported to our supermarkets, unless they’re loaded with preservatives. GC has shown me that you can cut out the need for all these additives if you grow your salad locally. 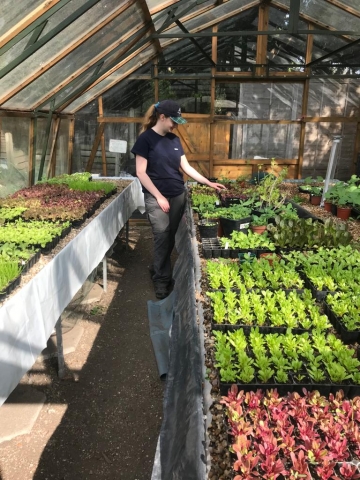 3. Produce doesn’t need to be shipped, it can be sent by bike trailer and provide more sustainable options for people to participate in

Another advantage of growing salad in the city is that produce can be transported between sites by bike trailer and picked up at consumers nearest collection points. This also reduced carbon emissions that would be emitted via trucks or van shipments. I think that this is a step in the right direction towards creating a greener world in London and reducing the overall use of CO2 emitting vehicles. If GC can do it, then there's no excuse why others can’t use more environmentally friendly methods. They just don’t want to, perhaps in favour of profit rather than care for our environment.

4. Use of urban space for growing

Green spaces are becoming more desired, especially when people were isolating throughout Covid lockdowns. The use of urban space for growing was a concept that seemed to me ultimately near impossible to make work. Though I am ashamed I thought this way, I’m glad to have been disproved. Many of the sites I have been to are hidden between residential areas, in large parks or nearby construction work. Hidden gems beneath the busy lives we all face. 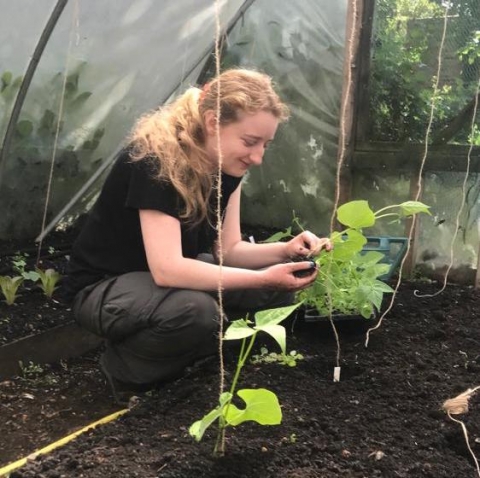 5. The need for community in educating people about their food & inspiring younger generations

Not only do GC create a large amount of healthy produce, but the sites also allow people to meet new people. Volunteers learn about the methods of agriculture, see how difficult the work can be and gain experience rather than just reading about it online. It’s productive not only for educating people but giving a sense of accomplishment when you take home the final product. In such a time where climate change threatens the health of humanity, with organisations like GC, we feel like we can do our part to help prevent climate change.