≡
What to do with Radicchio
Tuesday, 5th February 2019 by Rachel 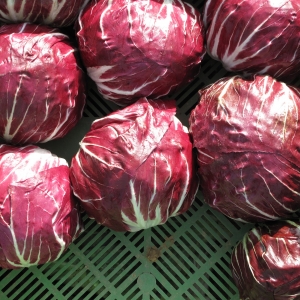 Radicchio is a bitter red lettuce from the chicory family. It’s most commonly grown in winter and provides us with a vivid burst of colour in the bleaker months.

Some veg scheme members are a bit stumped by this bitter leaf, so to help you liberate it from the back of your fridge, we’ve compiled some mouth-watering recipes for you.

I look to Italy for inspiration - the Italians know what to do with radicchio. It’s considered not just a salad component but as a very important ingredient in its own right. There are so many Italian recipes for radicchio, usually grilled, fried or stuffed, and mostly involving cheese. It’s used in pasta dishes, quiches and pies, crostini , tortelloni and much more. It also pairs well with honey and balsamic vinegar. 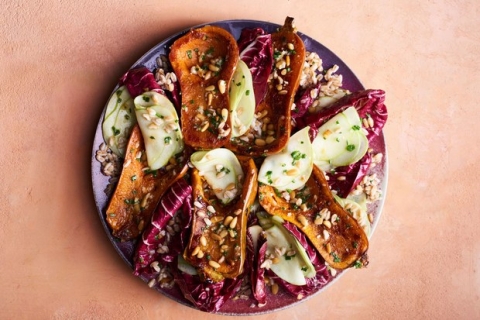 Roast squash with radicchio and miso

Radicchio rolls with ricotta and walnuts 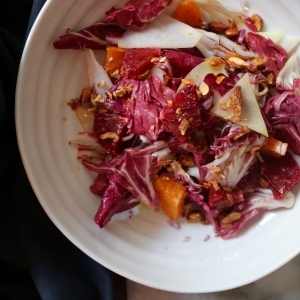 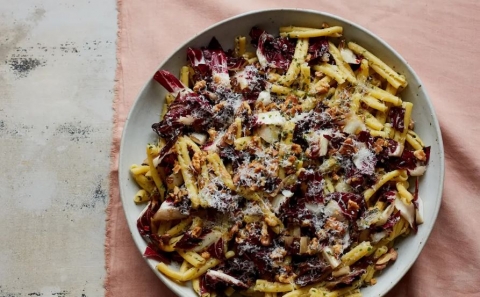