≡
Campaigners call for food on the table at COP26
Thursday, 28th October 2021 by Rachel 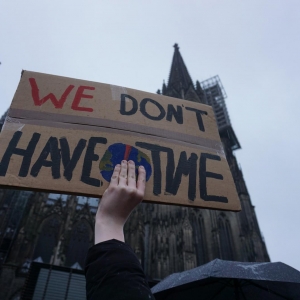 Growing Communities has joined more than 50 health, environment and farming organisations in writing to Prime Minister Boris Johnson to call for action to reduce the climate and nature impact of farming and our diets.

The letter urges Mr Johnson to acknowledge the critical role of land use and agriculture in the climate crisis, and recognise that more sustainable farming practices can produce good food while tackling climate change and improving nature.

The signatories are calling for government to reward farmers for transitioning to agroecology, and to uphold high standards when signing new trade deals, whilst advocating for better food and farming policies globally. They also call for public sector food to reflect a healthy and sustainable diet and to buy from more sustainable British farmers.

Kath Dalmeny, Chief Executive of the Sustain Alliance, who co-ordinated the letter, said

“World leaders have committed to limit global warming and that won’t happen without changing the way food is produced. It is neither fair nor realistic to pass the responsibility on to individual choice. We need bold leadership from Government and businesses to make more climate-friendly and healthy food attractive, accessible and affordable. Farmers need support to farm in a nature friendly way so we can reverse the damage done to our countryside and see wildlife return. The UK’s new trade deals must support tackling climate change and increasing biodiversity– not make the situation worse”.

Food and drink accounts for a third of the UK’s greenhouse gas emissions, when the impact of imported food is included. Emissions from the global food sector alone would put the Paris agreement out of reach even if all other sources of emissions were to be halted.

The most recent Intergovernmental Panel on Climate Change report, released in August, was the panel’s starkest climate warning yet and reported that methane, ammonia and nitrous oxide are having an ever-greater role in global heating. Intensive industrialised farming is the main source of these emissions. The National Food Strategy, commissioned by the UK Government and released earlier this year recommended that UK diets should shift to include 30% more fruit and vegetables and 30% less meat, and that public sector meals including schools and hospitals should reflect a healthy and sustainable diet.

There is growing public support for more action on food and climate change. A nationwide poll of nearly 22,000 people in September found that 93% people favoured reducing meat and dairy as part of a policy mix to tackle climate change. 79% favoured supporting less intensive and nature-friendly farming. Earlier this month Prince Charles criticised ‘crazy’ industrialised farming subsidies and revealed he eats meat in moderation to reduce his environmental impact.