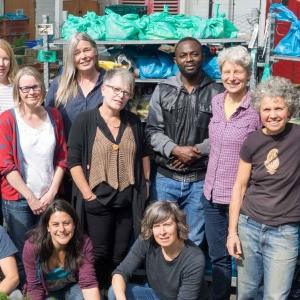 We can’t leave sorting out this messy, destructive and toxic food system to the supermarkets and industrial food manufacturers who make a profit from things staying just as they are. We have to build a better, fairer system of our own – one that puts the health of people and planet before profit.

Growing Communities set up and are part of the Better Food Traders, a network of fruit and veg retailers who offer a genuine alternative to the current damaging food system.

We work with the seasons – not fighting against them – providing nutritious, tasty food at the time when it’s at its best.

As part of our promise to do better by our producers, our customers and the planet, we’ve made a pledge. We’ve committed to an ethical code that pays farmers what they deserve to grow the organic, healthful and sustainable food that we all deserve to eat. We’re prioritising people and planet over profits.

With enough sellers and citizens getting behind smaller local growers instead of putting money in the pockets of big business, we really can create a sustainable food system that’s better for all and built to last. 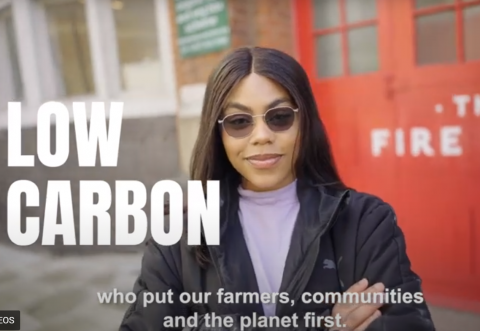 As Better Food Traders, we pledge to commit to nine key principles.

1. We are MISSION DRIVEN, TRADING FOR SOCIAL PURPOSE and NOT TO MAXIMISE PROFIT

We put community back at the heart of the food system. Business should benefit the many, not the few. Once upon a time, it did. Joining forces with local organic farmers puts nourishing food on our customers’ plates and brings jobs and innovative projects back into our neighbourhoods so they can begin to thrive. As Better Food Traders, we foster a culture of collaboration; with our internal members and our wider community. Through this mutual relationship, we stay focused on our mission statement and have the biggest positive impact.

2. We focus on BUILDING SUPPLY CHAIN TRANSPARENCY, TRUST AND COOPERATION

We work with vetted, small-scale, local growers and producers. One of the biggest problems with the current industrial system is its sheer scale. With so many cogs in the machine, traceability becomes highly problematic. According to the Sustainable Food Trust, there’s a 97p environmental and health-related cost hidden in every £1 spent in the mainstream food system, with taxpayers – not corporations – picking up the bill. That’s why we’re shortening our supply chain and gaining visibility over the methods used to produce what we sell. It’s about being truly transparent around costs and how this money is fairly distributed in the supply chain. In the case of a reliable, resilient and fruitful food chain, less is most definitely more. If we’re confident in the provenance of our produce, our customers can be too.

3. We commit to SOURCING FOOD SUSTAINABLY USING the FOOD ZONES AS A FRAMEWORK

We follow the GC Food Zones model. We source locally grown, in-season food that’s produced using agroecological practices, then work outwards where gaps need to be filled. By doing this, we’re re-localising our food systems, reducing our reliance on natural resources, creating jobs within our local community, and while we’re at it, supplying delicious food to those in our region! What’s more, all of these efforts are expediting a zero-carbon society.

We back the small-scale farmers who are responsible for feeding 70% of the world’s population yet are seriously undervalued for the work they do. We’re challenging the supermarkets that continue to drive down the price of fresh food and underpay farmers for putting healthy produce on our plates – while levying unrealistic demands and last-minute order changes that lay waste to perfectly good crops. We believe that’s wrong. So we’re giving these growers a steady spot at market and paying them what they’re owed for producing food in the right way: locally, organically and in tune with nature.

We stand behind the good stewards of the land. These are the growers and producers who consider the entire ecosystem of their farms and design their planting in sympathy with their surroundings, rather than forcing crops to grow where conditions won’t naturally allow them to. We know there’s a better way to farm than the example set by the current industrialised food system. These small producers plant to reestablish soil biodiversity and steer clear of toxic chemicals so that they can feed their communities natural, nutritious food. And, between us, we’re pumping money back into our regions by providing jobs for locals.

6. We PROMOTE WAYS OF EATING THAT ARE GOOD FOR BOTH PEOPLE AND PLANET

We’re making healthy eating more accessible on a local scale by supplying our region with organic produce that’s grown with the wellbeing of people and the planet in mind. We believe that encouraging communities to eat more seasonally grown, agroecologically produced fruit and veg is one of the key ways we can help tackle the climate crisis. With at least a quarter of all carbon emissions linked to the current food system, our planet depends on a radical rethinking of what we put on our plates. An abundance of fresh, tasty and non-toxic fruit and veg is the starting point.

7. We OPERATE IN A LOW-CARBON WAY

We’re offering an alternative to endless miles of air freight and unsustainable out-of-season produce. Transporting food to supermarket shelves over hundreds if not thousands of kilometres is nonsense in terms of emissions. But so is growing food out of season in artificially heated greenhouses, not to mention the car miles many people have to put in to buy their food. So we’re developing local schemes that make it easier for our customers to access fresh fruit and veg that’s grown nearby and in season. The Growing Communities vegbox scheme is collection only, cutting out the quarter of emissions that other veg schemes create when they deliver door-to-door. And we increasingly deliver to our collection points by cargo bike instead of using a van. Transitioning to a zero-carbon society is non-negotiable. So we’re re-localising the food system to speed up the process and make better food available to more.

8. We BUILD A STRONG COMMUNITY

We keep it local. We believe that citizens need to become stakeholders in the food system. We’re part of a collaborative network of growers, producers and suppliers that are enhancing their communities and strengthening economies through local trade partnerships, job opportunities, skill and knowledge-sharing and good old-fashioned human connection. Food is the backbone of every culture, and we want people to unite around a sustainable food system that really celebrates it.

9. Above all else, we STRIVE TO CHANGE THE BIGGER PICTURE

We’re committed to becoming true food citizens. Shortsightedness got us into this mess, and it’s time to take a wider view. The industrial production model driven by the supermarkets’ dominance of our food system has allowed us to eat year-round produce from all over the world at rock-bottom prices. But price isn’t simply a financial consideration. The environmental and social costs of this model are too high to ignore. As long as food is treated as a profit-boosting commodity, the most vulnerable in our global community can’t flourish, nor can the planet.

We’re facing a crisis, and the problem demands a radical rethink. The onus is on us, both as traders and as individual citizens, to make good decisions at a local level that filter out into wider society and leave a positive food legacy for future generations.

We’re fed up with the poor attempts to fix our destructive food system. We are Better Food Traders, and we say: not on our patch!

Will you join the sustainable food movement and help support the good stewards? Find your local Better Food Trader and buy into a food system that’s fit for the future.